The ACEC Board of Directors is honored to announce two recipients of the 2020 Young Professional of the Year Award: Josh Palik and Rob Vanderveen. 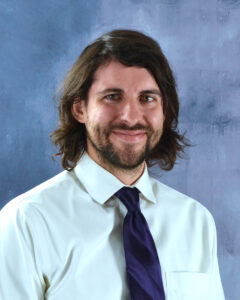 Rob Vanderveen, a professional engineer with Lamp Rynearson, has been selected as the 2020 Young Professional of the Year by the American Council of Engineering Companies (ACEC NE). The award recognizes accomplishments of Nebraska engineers under age 35 who have contributed to the engineering profession in the state and made a positive community impact.

As a licensed, project engineer with a bachelor’s degree in Civil Engineering from the University of Nebraska-Omaha, Vanderveen enjoys working on a mix of projects such as housing, schools, site plans and public improvements, and the impact they have on the community. Noteworthy clients include the Omaha Public Schools, State of Nebraska, City of Omaha, and land developers.

A community volunteer committed to numerous civic and philanthropic organizations, Vanderveen is co-founder of Hope Dwells, a not-for-profit created to provide resources and educations surrounding the pursuit of homeownership for refugees. He has volunteered for Upward Bound, Boys Town as a Math Mentor, Habitat for Humanity, Public Park Cleanup, City of Omaha Flood Cleanup, Keep Omaha Beautiful, Yellow Door, Bridges Humanitarian Initiative and Helping Hands Refugee Organization. With an 8-year career in engineering, Vanderveen has volunteered his energy and time – both within the firm and through civic and industry organizations.

Lamp Rynearson’s Omaha office has had four young professionals selected to receive this award in the last 15 years. 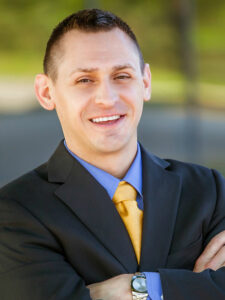 Josh Palik, a professional engineer with Felsburg Holt & Ullevig, has been selected as the 2020 Young Professional of the Year by the American Council of Engineering Companies of Nebraska (ACEC NE). The award recognizes accomplishments of Nebraska engineers under age 35 who have contributed to the engineering profession in the state and made a positive community impact.

Palik has spent most of his 14-year career focused on transportation engineering, working on roadway design projects that make life better for the traveling public. Most notably, he served as the lead engineer on the City of Lincoln’s high profile, 14th and Old Cheney Improvement Project. “This technically challenging and politically charged project pushed me to grow in unexpected ways,” Palik said. “Because of high public interest, I was asked to give dozens of project presentations. I found that educating the community about the value of engineering and its ability to change a situation for the better, really energized me.” Other award-winning project work includes Sarpy County’s Giles Road widening from 144th to 156th streets, as well as the City of Omaha’s 42nd & Q Streets Roundabouts Design and 144th Street Reconstruction from West Dodge Road to Eagle Run Drive.

Palik has served in numerous industry roles including Chapter President of the Eastern NE – National Society of Professional Engineers (NSPE), as well as active involvement with ACEC-NE and the Lincoln-Omaha-Council Bluffs Association of Transportation Engineers (LOCATE). Josh volunteers with MathCounts as well as Engineering Adventures at the Kroc Center for grade school students.