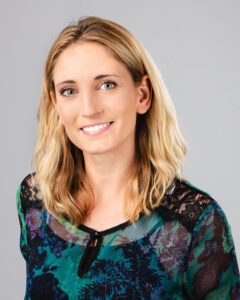 Erica (Sunny) Mullen, PE of Alfred Benesch & Company (Benesch), has been named the 2022 Young Professional of the Year by the American Council of Engineering Companies (ACEC) Nebraska.

Mullen, a professional engineer and project manager on Benesch’s engineering team, started as a student intern in 2010. She earned her bachelor’s degree in civil engineering from Rutgers University and, after practicing on the east coast, rejoined Benesch in 2019. Her skills include transportation and water/wastewater engineering, hydrologic and hydraulic analysis, MS4 compliance, construction engineering, and funding assistance. She leads project teams, develops solutions, and is a role model to those in or aspiring to be in the industry.

Mullen’s goal throughout her career has been to make a difference in communities by providing meaningful solutions. In less than a year, she contracted over $1 million in project work and grew Benesch’s Omaha civil infrastructure engineering group, including storm and sanitary sewer, water, hydraulics, and hydrology work.

She volunteers her time with Special Olympics, Alzheimer’s Association, and the Future City Competition program where she engages with females interested in engineering and planning. Mullen says, “I’m passionate about Future City. To see the wonderment in the faces of future engineers is very fulfilling and humbling.”